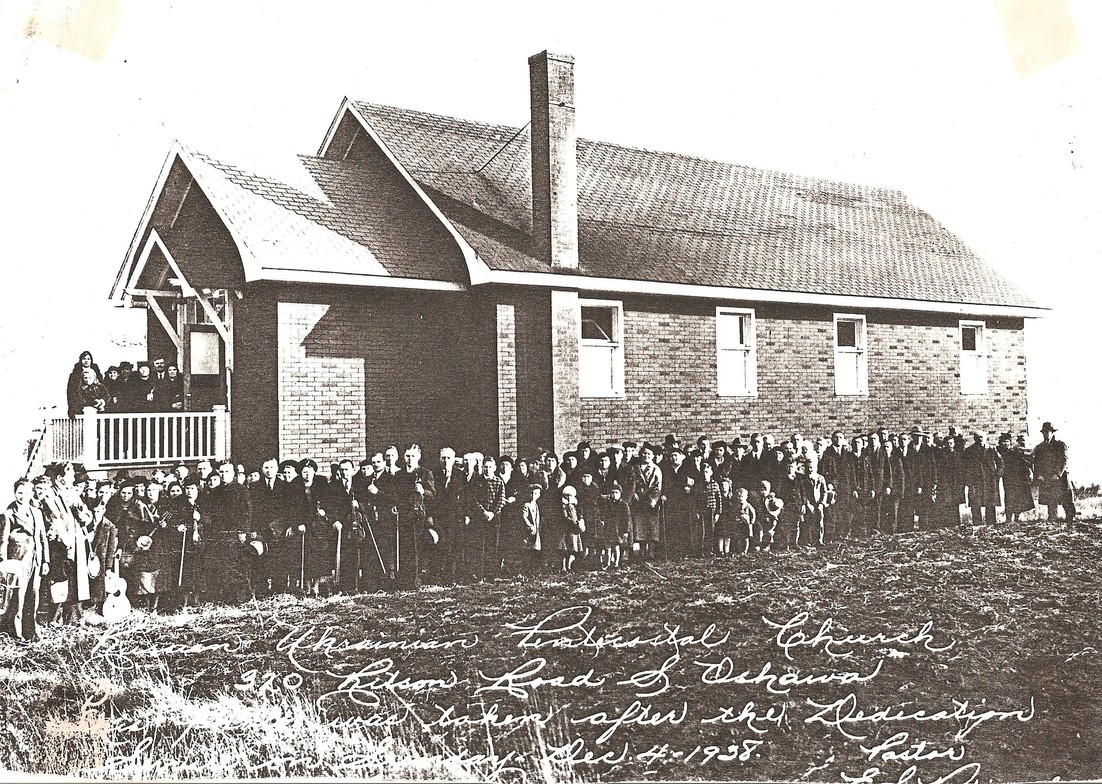 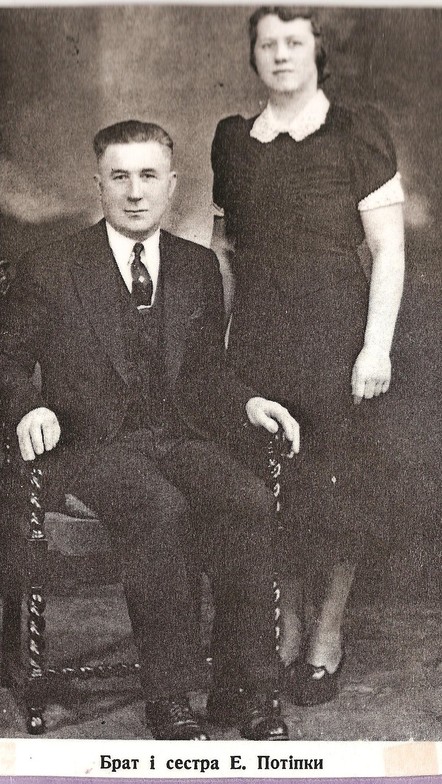 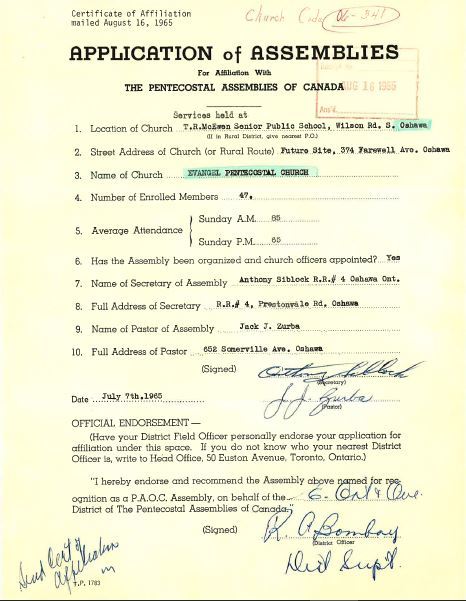 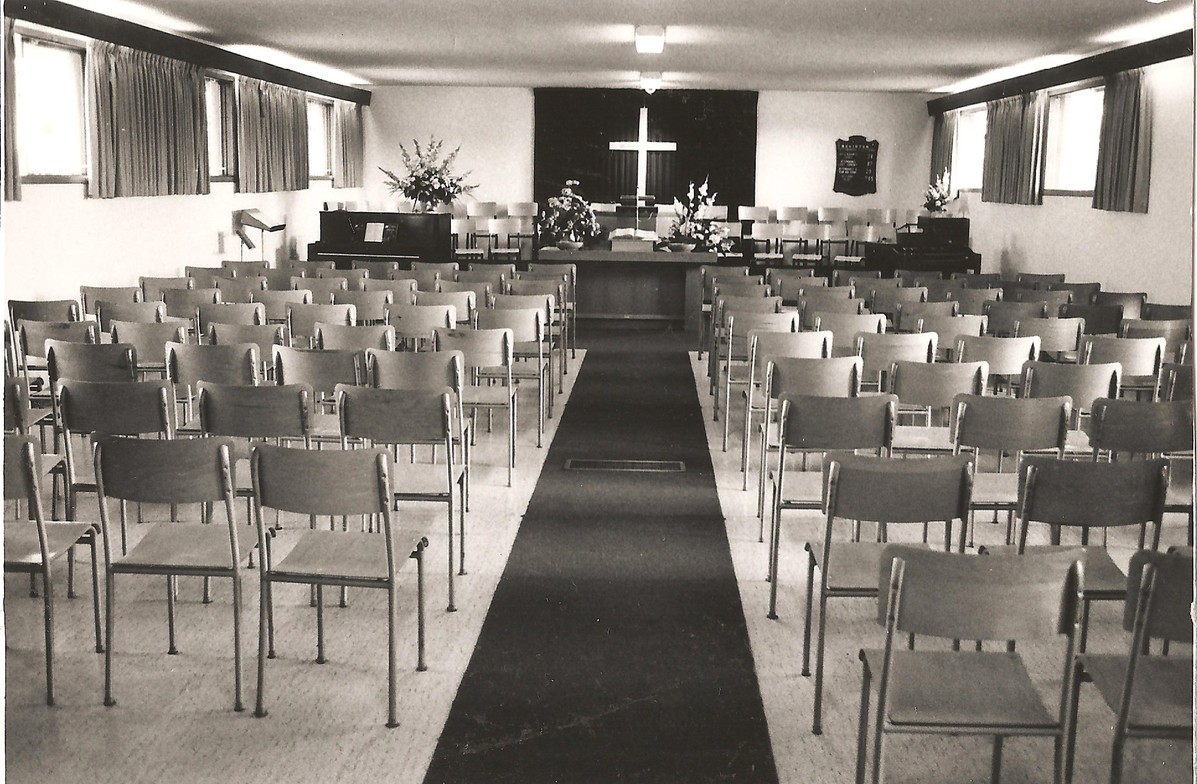 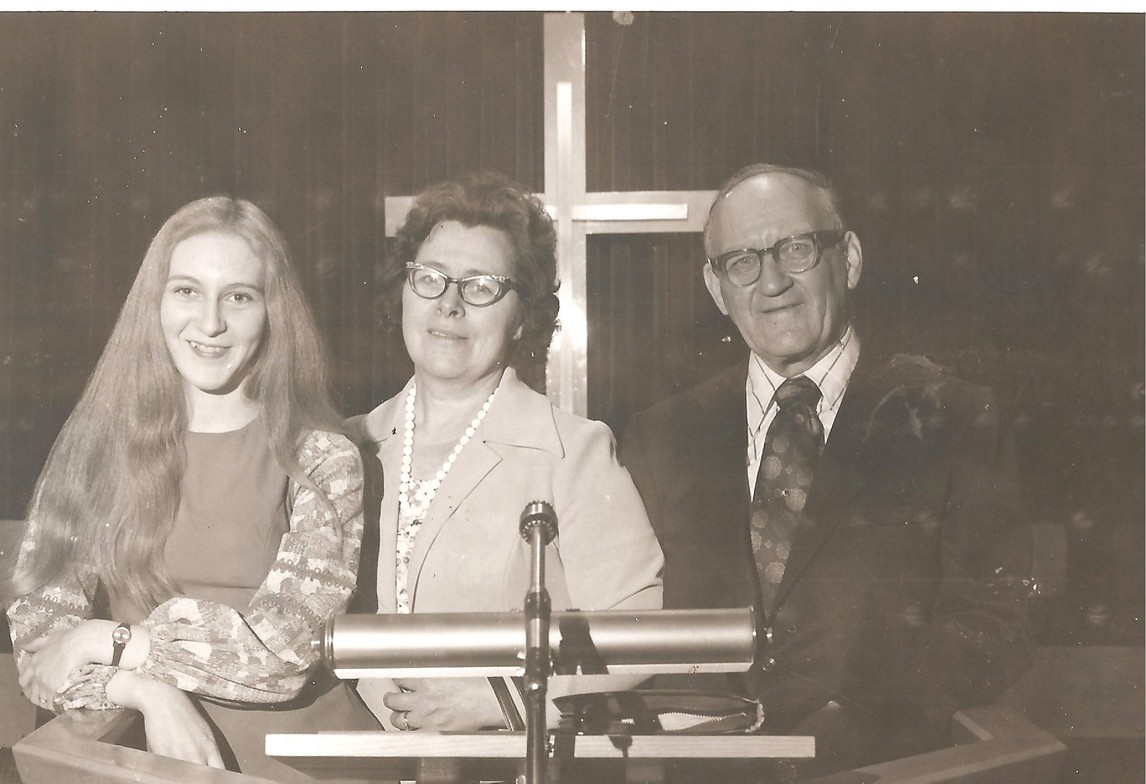 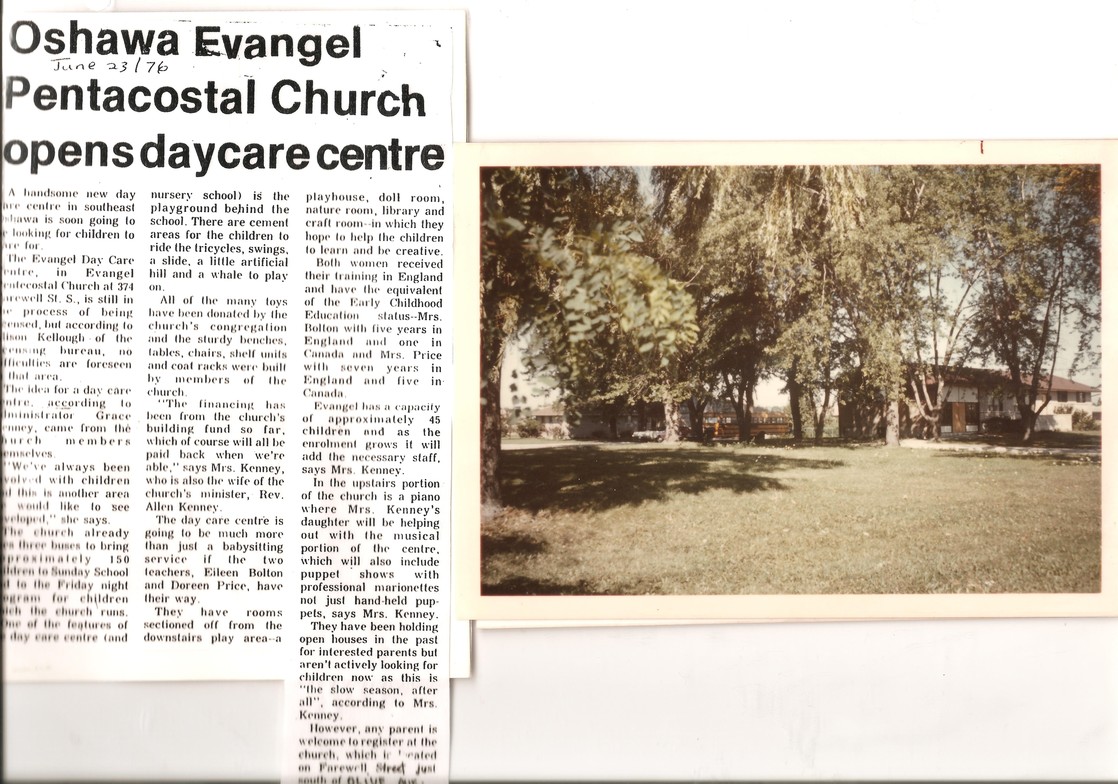 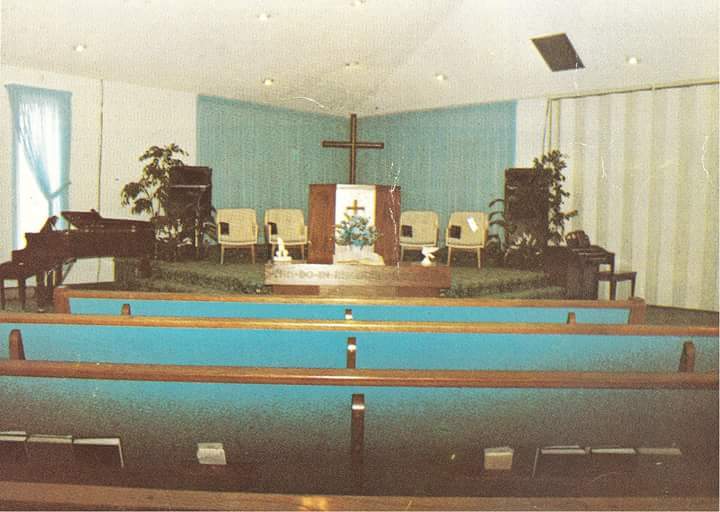 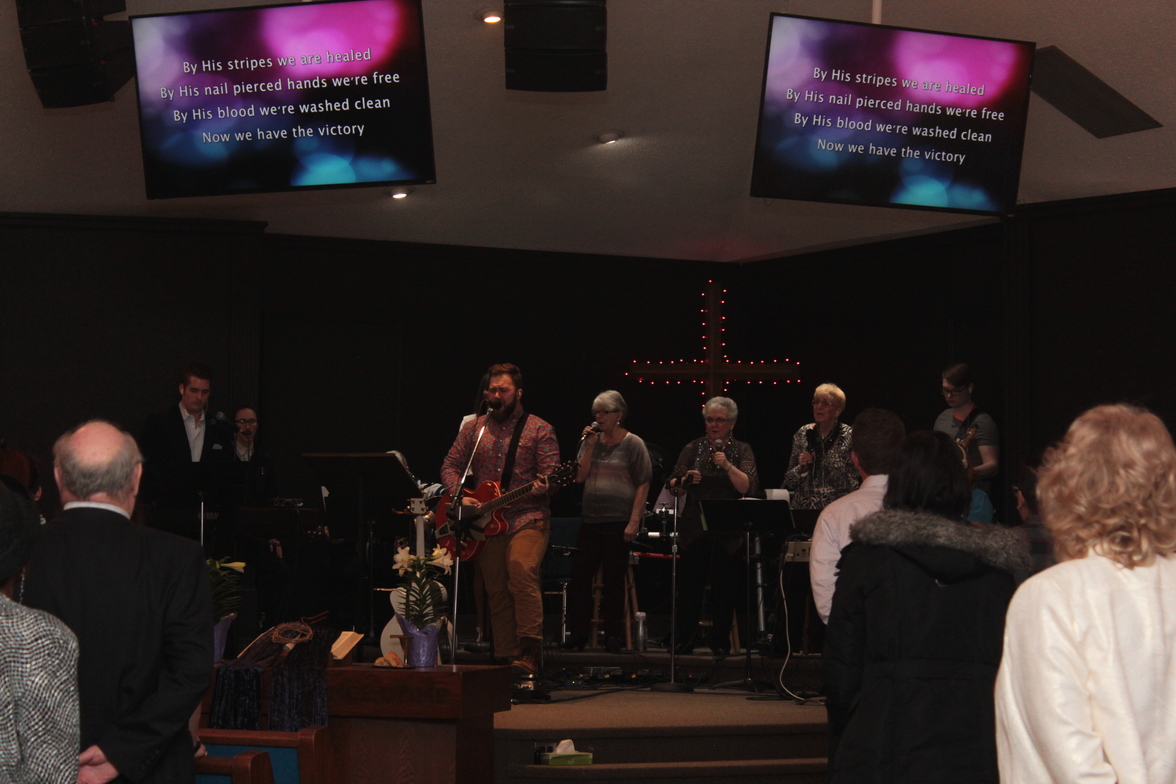 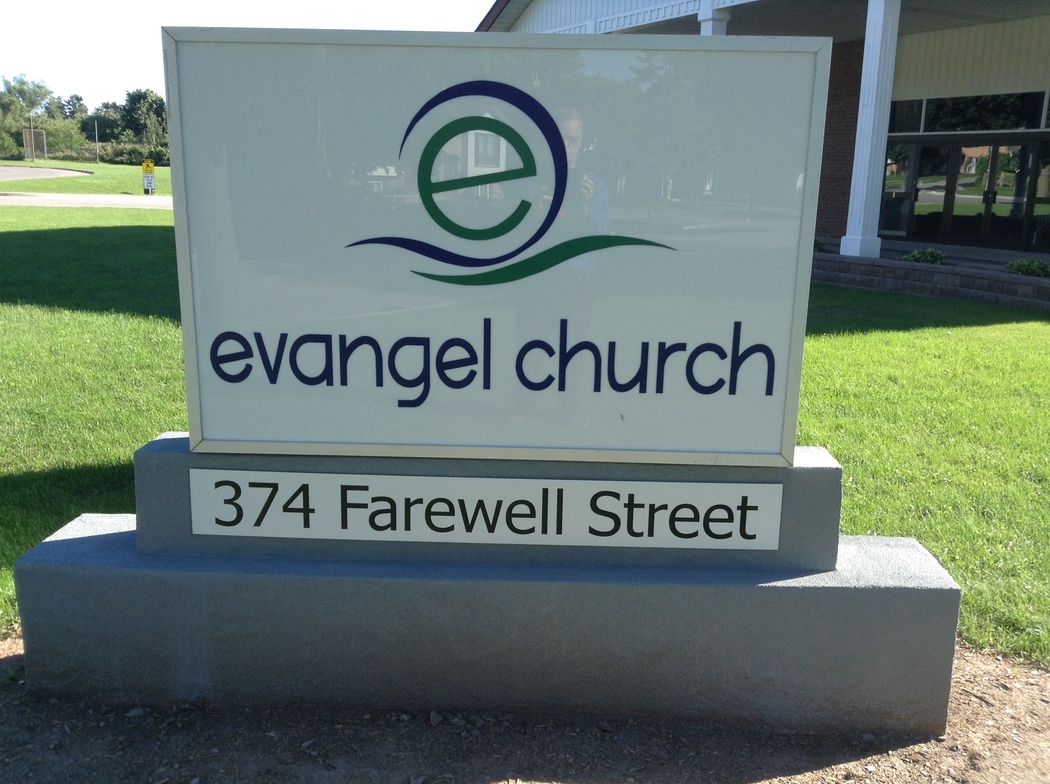 In 1924 Rev. E. Potipco and the Glecoff family began holding meetings in various homes, a Ukranian Church was born. The congregation grew and experienced a tremendous move of God among the believer's with many being baptized in the Holy Spirit. Rev. E. Potipco was interested in these "signs", observed these believers as they lived and prayed and compared things to what he read in the Word of God.

Shortly after, E. Potipco too received the baptism in the Holy Spirit along with his wife, the Glecoff's and still more in the congregation. Pentecost had arrived in Oshawa! Believers gathered for prayer and God continued to pour out His Holy Spirit upon them and the Glecoff's dedicated their home for this purpose.

The Ukranian congregation continued to grow and in 1929 the property at 320 Ritson Road was purchased. After the basement was completed, meetings were held there for the next 7 years.

As time went on, the congregation became more English speaking and decided to leave the Slavic Branch of the Pentecostal Assemblies of Canada and join the English Branch of the PAOC. In 1962 a 3.9 acre piece of land was purchased on Farewell Street in Oshawa for $45 000.00.

Rev. Ron Ellis (1965-1967) was the first pastor of the newly formed EVANGEL Pentecostal Church. The Ritson Road building was sold and for a 3 year period the congregation meet at T.R. McEwen School on Wilson Rd (now David Bouchard Public School).

In 1972 EVANGEL Daycare was started by Mrs. Kenney with the desire of ministering to local children and their families. The early days of the Daycare began with 2 children, and today almost 50 years later...more than 80 children receive care through this thriving outreach ministry.

Rev. Edward MacDonald (1977-1982) followed Rev. Kenney as pastor. In 1979 construction began on the current church building and the congregation officially moved in May 5, 1980. The current building was completely finished at a cost of $350 000.00 by Don Hawkey Construction.

In the spring of 2021, the parsonage was sold for $750 000.00 with the proceeds going to needed upgrades to the church building as well as a significant investment into the future of children and young families ministries.

"We are here to reach PEOPLE with the life-giving message of JESUS!"

Need more information about EVANGEL Church or desire a personal contact from a Pastor or Ministry Leader? Please leave your message and someone will contact you.